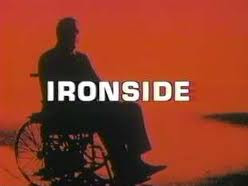 If the way to poetry is blocked to you by an elite that elite and you are one and the same.

If a definition of poetry could be summed up in a pat formula, anybody, anywhere, anytime could write poetry. But anybody can’t do this. In fact nobody can do it anytime anywhere all the time. Of course it is also absurd to suggest poetry must be written all the time just for seasoned poetry readers – and it isn’t. But neither can a poem be written with integrity specifically to please a reader who does not generally read poetry. Such people regularly assert that poetry is elitist¸ by which they mean that it is closed off to most people at the power or behest of an elect few.

Yet poetry is accessible everywhere, it can be bought for a few cents at second-hand book stores, found in decent quantities in every public library and now proliferates in its good and bad manifestations on the internet. But of course when people say poetry is closed off and not accessible they don’t mean that one’s way is blocked to it by physical or financial obstacles, they mean that it’s meaning or the means by which its emotional and intellectual content can be digested is blocked. “Blocked by what?” one might ask. Blocked by convention is the simple and honest answer. Poetry is a living, evolving art form, much like television drama.


The conventions of narrative story-telling on television, the rules by which a television drama may be ordered, by which I mean – how the drama is constructed scene by scene, the techniques by which character may be developed and presented etc., are evolving all the time. Take an episode of a contemporary American Cop show and compare it with an episode of Ironside from the 60s or Hawaii Five O from the 70s and you will see that you have a very different kind of beast from the earlier shows. In the contemporary show there is much quicker transitioning between scenes – quicker-editing – an influence of music videos; greater use of flashback, more allusions to popular culture and much more which makes it different from the earlier shows. Television audiences are not disturbed by this because they have grown daily with the gradual evolution and changing of conventions of television drama over the years. But, if you timewarped a 1960s tv audience to the present and sat them down in front of a contemporary TV drama they would find it difficult to understand, even enjoy because the conventions of storytelling would be so much changed to them.

Much the same is going on in poetry. Because most poetry from bygone ages is closer to the form of popular song than most contemporary poetry, most people find it more ‘accessible’ and less ‘elitist’ than contemporary poetry. Most people have studied song-like poetry in school and are well-schooled in its conventions. But because they haven’t followed the evolution of poetry over the past few decades (or even century), because they are not regular readers of poetry the conventions are a mystery to them. It is not an elite which blocks the way to poetry, it is the preferred way of spending their time for the masses. Anybody can appreciate a fine contemporary poem if they cared to take the time to read poetry regularly and familiarise themselves with its conventions like they have done with television drama (and reading a poem takes a lot less time than a 40 minute tv episode). If the television drama analogy does not work for you there are plenty others such as sport. Who can properly enjoy the games of Cricket or Baseball without knowing what their rules and conventions are?


Nobody is blocking your way to discovering what those rules and conventions are except yourself.


If the way to poetry is blocked to you by an elite that elite and you are one and the same.
Posted by Anti-Laureate at 12:04 PM