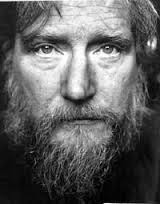 The last time I introduced Dermot Healy in 2012 he was so taken with what I said, he asked for a copy of it afterwards.  As a tribute to him on the occasion of his shocking, untimely death. I reproduce it here:


It’s 27 years since I first introduced Dermot Healy to a Cork audience. He had by that stage published two books, a collection of Short Stories Banished Misfortune and a novel Fighting with Shadows. What attracted me to him back then, through his collection of stories was a demonstrated commitment to real storytelling without compromising on the side of art. Here was a writer who wanted to entertain while at the same time losing no sight of the fact, that language is no mere conveyance for stories or ideas but an entity in and of itself which requires proper attention and manipulation. Right from the beginning he has written in a way which combines a realist’s appreciation of the actual, true experience of the various social milieus he has been a part of, with a poet’s appreciation that truth is often better conveyed through the methodology of myth and described through metaphor. The business of writing, by which I mean Creative Writing, used to  sit uneasily with the academic faculties of university English Departments during the 80's and when I invited Dermot Healy, in my capacity as an undergraduate auditor of the English Literature Society to UCC  in 1985 their reaction was a “Who he?”
I’m delighted to say no one can now say “Who he?” about Dermot Healy. But Dermot had to wait another decade before he achieved commercial success with A Goat’s Song in 1994. Not that he had been silent in the ten years between the publication of his first and second novels. In that time he published his first collection of poetry with the Gallery Press, produced several plays including a screenplay for Cathal Black’s Our Boys.
He is also one of those writers who has spent much time working hard for the benefit of other writers  -  through his editorship of the journal Force 10 and his curatorship of the literary festival of the same name. He is also a generous sharer of his wisdom and knowledge as a writer through the many workshops he provides, regularly in his own community and occasionally at festivals up and down the country. In short, Dermot Healy’s success as a writer not only stems from his genius but through hard work and hard living, persevering especially through the early years against the uninterest and lack of appreciation a writer of demonstrable genius can encounter.


All together he has now published four novels, a collection of short stories, five poetry collections produced over ten plays and been involved in several film projects. Over thirty years after he first started publishing short stories and winning Hennessy Awards Dermot Healy still demonstrates a commitment to entertain without compromising his integrity with language and it is for that reason we are a very lucky audience to be able to hear him here tonight.
Posted by Anti-Laureate at 11:35 AM