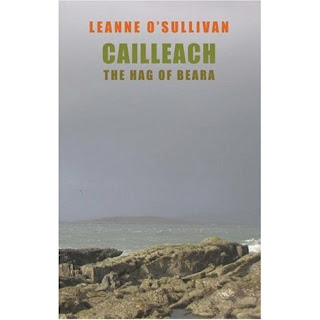 Leanne O’Sullivan is a very popular person. Not every poet is a popular person so that’s something worth mentioning and not every popular person is a good poet, but there are some poets whose popularity exceeds their talent, underscoring how rare it is to find a poet whose talent matches her popularity. Leanne has distinguished herself through her talent from a young age. Before the advent of Leanne and Billy Ramsell on the scene it looked as if a great twenty year outflow of poetic talent from Cork and from UCC had come to an end. After a greatly disappointing decade of silence, people took pleasure from the simple existence of these two young poets striving to make things happen on the page. One older poet who at a certain point hadn’t yet read Leanne and who I think like many of us had been jaded by the constant stream in these islands of good-looking young women pushed upon us as the new Sylvia Plath, Nuala Ni Dhomnaill or Medbh McGuckian; this older poet turned to me and one evening asked “But is she any good?”
I responded with great feeling in my voice “She’s more than good. She’s the real thing.”
What did I base this opinion on? Certainly not the garland of prizes she had won before the age of twenty or the breadth of specialist publications she had been published in. Because quite frankly I know of some wonderful poets who have not won prizes or who have not even published widely in journals before producing a book. Nor was it because of the famous endorsers, the likes of Billy Collins, because frankly I’ve known of young poets being endorsed for all the wrong reasons.
My opinion was based on the poems in Waiting for my Clothes (Bloodaxe 2004) those poems revealed a poet with a wonderful sense of metaphor with a facility for bringing into being sentences, cadences of the most wonderful felicity, a unique poetic expression which signalled the arrival of a new original, found voice.
There was a time when the making of myth wasn’t about the concealing of truth but the revealing of truth, the sort of truth which cannot be accounted for through the discourse of fact. A physical geographer could tell us many things about the Beara peninsula, the location of dormant volcanoes, the point where one type of rock beds down with another, it could be a description peppered with words such as drumlins and moraines, locutions such as “major tectonic lineaments” or “lithospheric “block” boundaries”, sounds not without their poetic possibilities, but which appearing at the point of a professional academic’s nib contain little of the truth we turn to myth and poetry for.

In Cailleach Leanne O’Sullivan performs a poetic operation which involves the resurrection and resuscitation of old local myths which have not had the currency of national sagas. These myths have arguably had more life in them than the stories of Lir and Fionn and Setanta and Grainne precisely because they haven’t been codified but have continued to grow and morph in the mouths of generations of Beara locals. It was the function of myth before the centuries of scientific authority eradicated myth from most of our lives, to grow and evolve and adapt to changing circumstances in life and it was always in the minds of poets that Myth reached its full truth-bearing potential.

In Cailleach we have a living breathing part of Ireland whose truth is encapsulated in a language which makes no allowances for The Celtic Tiger. The ephemeral nature of the Tiger economy is acknowledged in a truthful account of the Beara peninsula without reference to bungalows and holiday villas, BMW motors and combine harvesters, without reference to a young immersing themselves in take-away curries and Bacardi Breezers. The fisherman whom the Cailleach lusts and loves doesn’t work on a factory ship.

Much of the discourse of Celtic Tiger Ireland will soon be redundant and in a generation or two incomprehensible to anyone not a social historian. In Cailleach Leanne O’Sullivan has couched her new myths in a language which will be more enduring, enduring when it tells us of waves sweeping out like bursting glass or the milk-warm scent of cattle being woven into someone’s clothes.

And if I didn’t have the respect an Irish poet has for the fermented juice of the vine, I would at this very moment be shattering a bottle of Champagne over this book about a jagged, shardy peninsula, shaped itself like a giant, tectonic ship, thrusting into the ocean.
Posted by Anti-Laureate at 3:00 PM