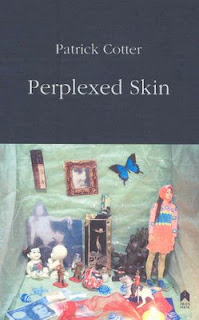 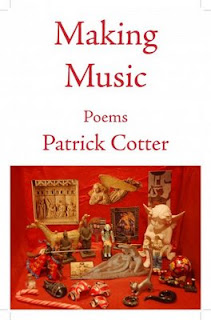 A complaint which has been heard by everyone who has spent a lifetime professionally around books, whether as a librarian or bookseller, editor or book reviewer, is from the occasional individual who claims that they can never read novels because they are not true, that they can only read factual forms such as histories, biographies, travelogues etc.

Well of course most if not all people in this room will recognise the naivety of such a statement, because we know that not all histories, biographies etc. are strictly factual. Yet the stated complaint illustrates perfectly a recurring problem for many readers; the inability to understand the difference between truth and fact.

Take two recent news stories: the United States dispatching a flotilla of destroyers to the South China Seas in the past few days and Prime Minister Wen, commenting publicly for the first time about the investment of trillions of Chinese foreign reserves in US debt and the caution of the Chinese authorities in the face of the precarious American ability to repay that debt; these two events are undeniable facts, but their presentation in close juxtaposition in a text speaks volumes about the truth of Sino-American relations. Now if these two events had never occurred, arguably a novelist or a poet could still have written about them, actually invented them, presented them in the same way and even as invented non-factual events in a writer’s imagination they would have still conveyed the same truth behind Sino-American relations.

This is how writers convey the truth all the time through non-facts. Historically the truth has often been portrayed through myth and in ancient myth, events were rarely portrayed in a realistic way, so if we hired an ancient writer of myths to relate the events of the last couple of days, he might write about a huge pod of enormous whales containing entire armies of American soldiers in their bellies or a Prime Minister Wen whose tongue was possessed by a spirit or a ghost with an agenda of its own, making the Prime Minister speak as he did.
Myth received a very bad name in the West in the 18th and 19th Century because during the Enlightenment there was this huge pressure, wherever the intellect operated, to verify all truths as verifiable facts. This is how fundamentalist interpretations of the Bible and Koran emerged. In the minds of these people Adam and Eve actually existed, because fundamentalists cannot get their minds around truth that is not expressed through fact. Political fundamentalists have this problem too.

The Marxist-Leninist regimes of Europe provided the greatest service to Western literature by resurrecting the use of myth in the work of poets as a means to portraying the truth. Because the apparatchiks were unable to decode surrealist and expressionist literary techniques many Polish, Czech, Bulgarian and Estonian poets were able to write without compromising their own truth or attracting the eye of the censor.
The great thing about such contemporary myth-making techniques is that they can be used in the service of conveying not just political truths but personal truths and that is what I am mainly doing in my most recent book Making Music – where there are many poems linked through the shared extended metaphoric possibilities presented by angels.

I will read first from this new book which was completed by the printers last Monday when I was already in Shanghai, so unfortunately I don’t have copies with me but they are available to purchase through my website http://www.patrickcotter.ie/ I will then read from Perplexed Skin and I do have copies of that with me.
Posted by Anti-Laureate at 12:01 AM