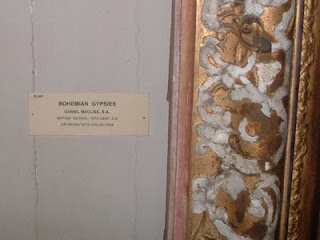 There is a black feathered angel who has skin as pale as bleached vellum. His eyes are the blue of synthetic ice. He wanders the parquet floors of the Crawford Art Gallery sniffing at the post-nineteenth century exhibits: the canvasses which proclaim “God is dead” and the conceptual installations which disdain craft and persistence. That first time he was astonished by my own open-mouthed perceiving of him and immediately raised a frosted finger to his lips so the nearby class of long robed Limerick convent girls would learn nothing of him. “I have three arias and five choral symphonies running simultaneously in the chambers of my many cerebra.” he confided, but still had a spare string of neurones to listen to me. All I had were the usual inquiries which he patiently answered for the first time in decades. His name could not be annunciated but sounded only by running a silver comb through the final three feathers of an angel’s right wingtip. Early in the Godless century he had been the guardian of a gifted boy who yearned to paint but was so poor he could draw only by scraping slate flagstones with flints of lime. In his short life the boy haunted the gallery and expired of consumption here one afternoon. The angel had stayed ever since. “Are you a painter?” he said, his face filled with concern for himself. Why after a century of anonymity should he be open now to the probing of my eyes? When I confessed to being a poet, and a minor one to boot, he was appalled. “But I have no interest in poetry.” I calmed him by assuring him I had no need of his guarding and would not make him leave the gallery. “I’m Godless too,” I told him. The mixture of relief and disgust expressed simultaneously on his face was beyond the reach of any actor. We still meet whenever I call in. Lately he was taken by the Daniel Maclise exhibition. When I told him Maclise was described as being of the British School in the Prince of Wales Museum in Bombay he became apoplectic. Angels have nationality too it seems.