Too School For Cool 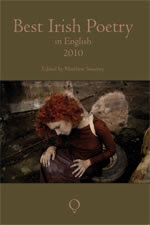 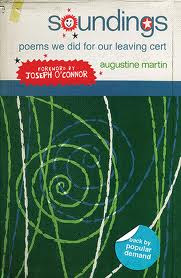 The recent sales success of Soundings is actually a reminder of its total failure as an educational instrument.

Walk into any bricks & mortar bookshop in the country this close to Christmas and among the tottering piles of volumes ready to collapse on top of you (besides the latest Katey Price biography or Scandanavian schlock crime yarn masquerading as edgy continental literature) is the reprint of Soundings - the 1960s "interim" syllabus anthology which lazily endured for over a quarter of a century ensuring that a couple of generations of Irish school children never heard of Seamus Heaney before he won the Nobel prize or knew that poems were written by Irish women. The anthology's selection ended with two early poems by Thomas Kinsella written in the 1950s. Except for these rather daring (compared with the rest of the book) short lyrics one could be forgiven for thinking modern Ireland was all about stony grey soils and the spraying of potatoes.

In fairness to Gus Martin, it wasn't his fault that the syllabus was not updated over the course of a quarter of a century. Eavan Boland was just getting started as the anthology was published and GM possibly thought he was being revolutionary including one living poet in the entire book.

This year as the publisher of the "Best of Irish Poetry" anthology series I have had to make the painful decision to cease its publication. The anthology had very low sales and received only one review in its four year history despite being the only attempt at establishing an annual publication of record for contemporary Irish poetry. Its American and British equivalents sell in the tens of thousands. This Irish series sold in the tens. Unsupported by the country's library system, never reviewed even in Poetry Ireland's quarterly or even its newsletter, the true interest and support for contemporary poetry in Ireland is rawly exposed.


The low sales figures of Best of Irish Poetry bewray how the frenzy surrounding Soundings has more to do with nostalgia than love of poetry, snapped up as it is by thousands of individuals who have never been motivated to seek out a poem by Eavan Boland or Matthew Sweeney, Eilean Ni Chuilleanain or Thomas McCarthy.

The broadsheets and broadcasters trumpet how the sales triumph of Soundings signals what a cultured poetry-loving mob our middle-brow, middle-class bookshop-frequenting bourgeois are. Actually they're more like the fool who calls himself a cineaste or movie-buff when he refuses to watch anything made after 1967 - that's putting it in language even they should understand.

Posted by Anti-Laureate at 4:17 PM