The Comforting Pleasures of Sadness 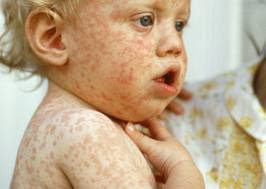 'The Comforting Pleasures of Sadness' has been an unlucky poem. It was to be the title poem to a full-length collection which Salmon accepted in 1990 but never came out. It was also a key part of a selection of poems of mine which RTE accepted to broadcast on their Thought for the Day radio slot which then went out just before the 8am news, when the whole country was tuned in. But between the poems being accepted and recorded for broadcast Brian Linehan Sr., Fianna Fail candidate for President, was exposed as a liar and RTE dropped the whole project like the proverbial hot potato. The poem in its use of metaphor to make political comment was heavily influenced by the mythologising work of Zbigniew Herbert, Miroslav Holub and Marin Sorescu. When almost twenty years later and my first full-length collection finally came out (I had a book from Raven in 1990 - a long narrative poem, which I don't count as my first proper book) the issues dealt with in 'The Comforting Pleasures of Sadness' seemed so distant from the realities of the Celtic Tiger period that even if they had been dealt with in a straight realist fashion they would still have seemed surreal and out of touch.
Sad to say our reality is becoming like this again:

THE COMFORTING PLEASURES OF SADNESS


The Minister lived like a perverse King Midas:
Everything he touched turned to lies:
"Policemen wave wands not truncheons.
They are fairygodparents to the unemployed.
In place of cars we give them melons.
In place of steeds we give them vermin.
The unemployed, like children, are our treasured possessions.
Their innocence in the face of adversity,
Their meekness before hardship instills
The More Fortunate with paternallike pleasures.
The jobless, like children, are our much beloved.
They bejewel us with simple pride in our situation.
They bestow on us granaries of gratitude,
Dowries of deliverance, vaults of vicissimutunk,"

The Minister's dark limousine was disguised
As a crystal carriage before the eyes of the people;
His axeswing was a smooth caress.
His drownings were presented as baptisms.
And so the lies were spun like a noose.

"Sadnesses do not exist and where they do
They are pleasurable, as pleasurable as
Darkness and loneliness, silence and bleeding."

On the health of the nation he intoned:
"Measles is administered to preserve traditional childhood.
Cancer is dispensed to the people to make their every day more valued."

His darkest abode was made to seem
White as wedding cake. His richest suit:
A holyman's vestments. His minions told the people:
"The Minister is so close to God
That in his house he has clouds
Instead of carpets."

"And we have seen him make
Cake out of words.In his eyes
He absorbs the sadnesses of the world.
Through his heart is pumped
Everyone's love of the earth."

Thus did The Comforting Pleasures Of Sadness
Come to be spun like a noose,
Unravelled like a wound.
Posted by Anti-Laureate at 4:07 PM