Speech I made to open the John Minihan exhibition at Alliance Francaise, Cork 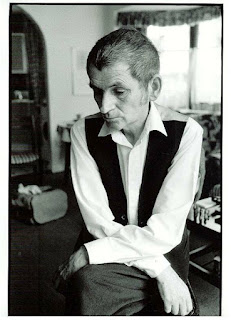 Unfortunately it seems that in the visual arts world today you can’t get anywhere without analysing yourself, without devising an ideology, without having an overarching conceptual framework to which you stretch your art to fit. John Minihan does none of these things and I believe suffers because of it.  I believe in his work you will find much that suggests he is the closest the Irish get to having an Andre Kertesz  or a Cartier Bresson. Particularly in his photographs of his home town of Athy. They have an elegiac quality that all of the finest photographs have. It’s no coincidence that Roland Barthes decided to combine an elegy for his mother with a study of photography in his book Camera Lucida. There is something about a photograph that tricks the brain, even a black & white photograph, into believing that you are the primary observer of its subject. To look at a painting is to know that we are observing at a remove the primary observation of the artist, but in viewing a photograph we can believe we are the primary observer – often ignoring the fact that the photograph is not merely taken but made, composed with a sensitivity for framing, angle, light, contrast, grain.


But because it is the recording of a passing moment a photograph is an elegy and as time passes all the more, a photograph becomes not just an elegy for a lost past moment but for a past epoch or age. It is more obviously an elegy when the photograph is of a person who has died but it can also be an elegy for a person still living. Nabokov said that beauty is always tragic because beauty must always die. One only has to look at Minihan’s portrait of Mickey Rourke here to understand that philosophy. Like Kertesz Minihan has not only elegised the little people – the children of another age in Athy who have yet to come into any power and the impoverished old there  who could never have any power– but he has also devoted a great deal of his work to celebrity–  not just to obvious celebrities such as Hollywood actors, soon-to-be royal princesses and Parisian couturiers but especially writers, writers both of iconic majesty such as Beckett and Auden but writers of little fame and great poverty also such as Padraic Fiacc and Michael Hartnett. Many of these images have the status of legend such as the portraits of Beckett here walking away from the viewer and another of him revealing every hard won facial crevice sitting outside a Paris Cafe. His portraits o f the poet Michael Hartnett and Robert O’Donoghue are, in particular, masterly.

This exhibition is a mere taster of Minihan and I would urge anyone in this country who cares for art photography to get to view two of Minihan’s books, Shadows from the Pale which is his portrait of Athy and An Unweaving of Rainbows – his portraits of Irish writers, both are out of print if you can’t get them through your library you can pick up a copy of the former on Amazon for about €300  I got mine for £22 from Waterstones when it forst came out. The latter book can still be picked up at a steal for under a tenner. 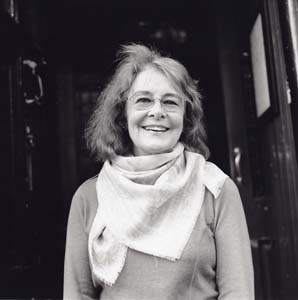 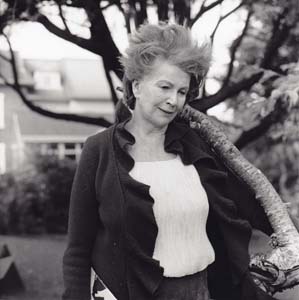 Five years ago I became John’s part-time patron when I began an annual commission to have him record each year the world’s greatest novelists as they pass through Cork for the Cork International Short Story Festival. It sounds grand to describe oneself as a great photographer’s patron and I won’t pretend it doesn’t give me any pride, but it’s a measure of John’s love of writers and personal modesty that I can afford to do so for fees that do not exceed what you would pay an agency photographer for desultory work. A further exhibition of John’s ouevre involving some photographs from that project will be held in September in City Hall. I hope this exhibition will seed an appetite in all of you to get better acquainted with his work. And to seize the opportunities that owning one of his books or attending more exhibitions presents to become acquainted with our own Cartier-Bresson.    ` 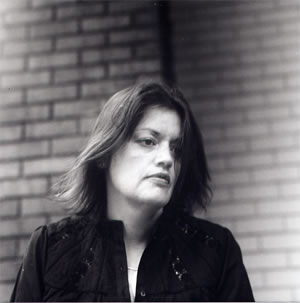 Posted by Anti-Laureate at 9:35 PM